Hear What Happens at the Molecular Level 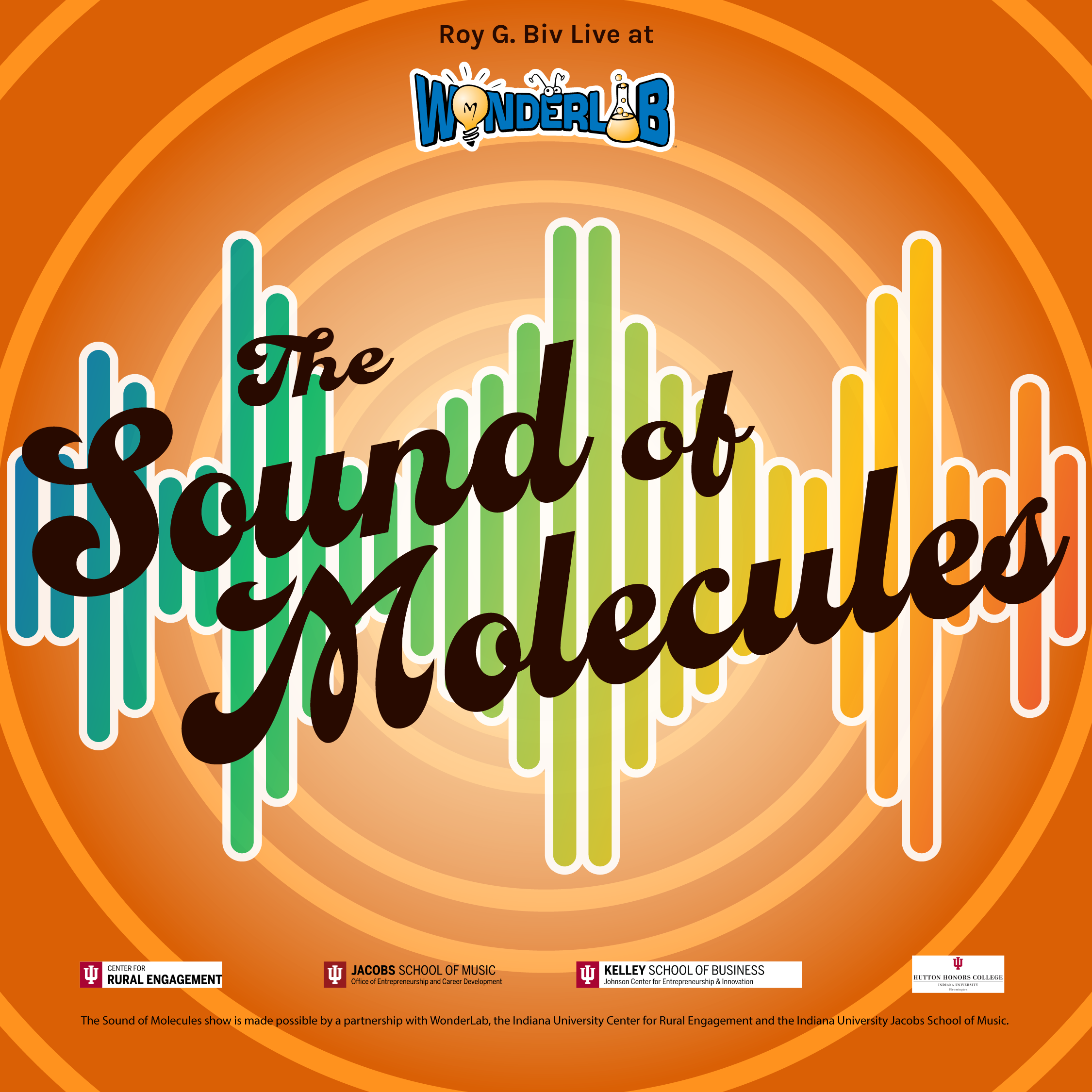 What sounds do molecules make? Find out with Indiana University Undergraduate, Walker Smith. Walker has led research to figure out the answer. Visit WonderLab to experience his immersive show “Sound of Molecules” and hear what happens at a molecular level. These shows are for scientists of all ages, parents, teachers, and kids.

The 45 minute show, adapted for WonderLab audiences, includes lasers, music, chemistry and a lot of laughs. The show features creator Walker Smith in the dual roles of Maestro Molecules and Roy G. Biv.

About The Sound of Molecules

Chemist and musician, Walker Smith, began developing this show in the summer of 2021 but he’s been interested in both of these areas since middle school. “Since 9th grade I’ve wanted to find a way to represent chemistry in a musical way,” said Walker. “After studying electronic music at IU and developing my skills as a scientific researcher, presenter, and composer, I have figured out how to turn my chemistry research into music in a way that is fun and creative but also remains faithful to the scientific data (which are both very important to me).”

Walker, who studies both organic chemistry and music composition, has been using the Nuclear Magnetic Resonance technique to analyze the molecules he makes. Chemists use the spectra obtained from these analyses to determine the identity and purity of the molecules they’re making. But Walker saw a connection to the spectrum of sound.

So Walker developed a method to convert these spectra into sounds and was immediately amazed by the rich sounds the molecules produced.

Walker began preliminary research last summer, and then composed the show during the next six months finishing the final details in summer 2022. That show is now ready to share with audiences and classrooms.

“I have always (loved) teaching, and this approach allows me to share the magic of chemistry with wider audiences using music as the communicative medium.” Walker said.

Why is WonderLab Hosting this show?

The Sound of Molecules show at WonderLab is a collaboration between WonderLab and the Indiana University Center for Rural Engagement (IU-CRE) and the Jacob’s School of Music. This show was designed to showcase the educational aspects of Walker’s research as well as  meeting rigorous classroom science standards.

At WonderLab, we encourage visitors to think outside the box and to approach new experiences with a curious mind. Adapted for the WonderLab audience, the Sound of Molecules show inspires participants to think differently about chemistry and sounds at a microscopic level. It is an immersive opportunity to learn something new in a very different way.

Who is Walker Smith?

Walker Smith is an Indiana University Chemistry and Music Composition undergraduate student from Knoxville, Tennessee. He has been enamored with chemistry since eighth grade, when he began filming chemistry experiments in his garage and uploading them to his YouTube channel “TheChemistryShack.” After graduation, Walker plans to pursue a Ph.D. in organic chemistry.