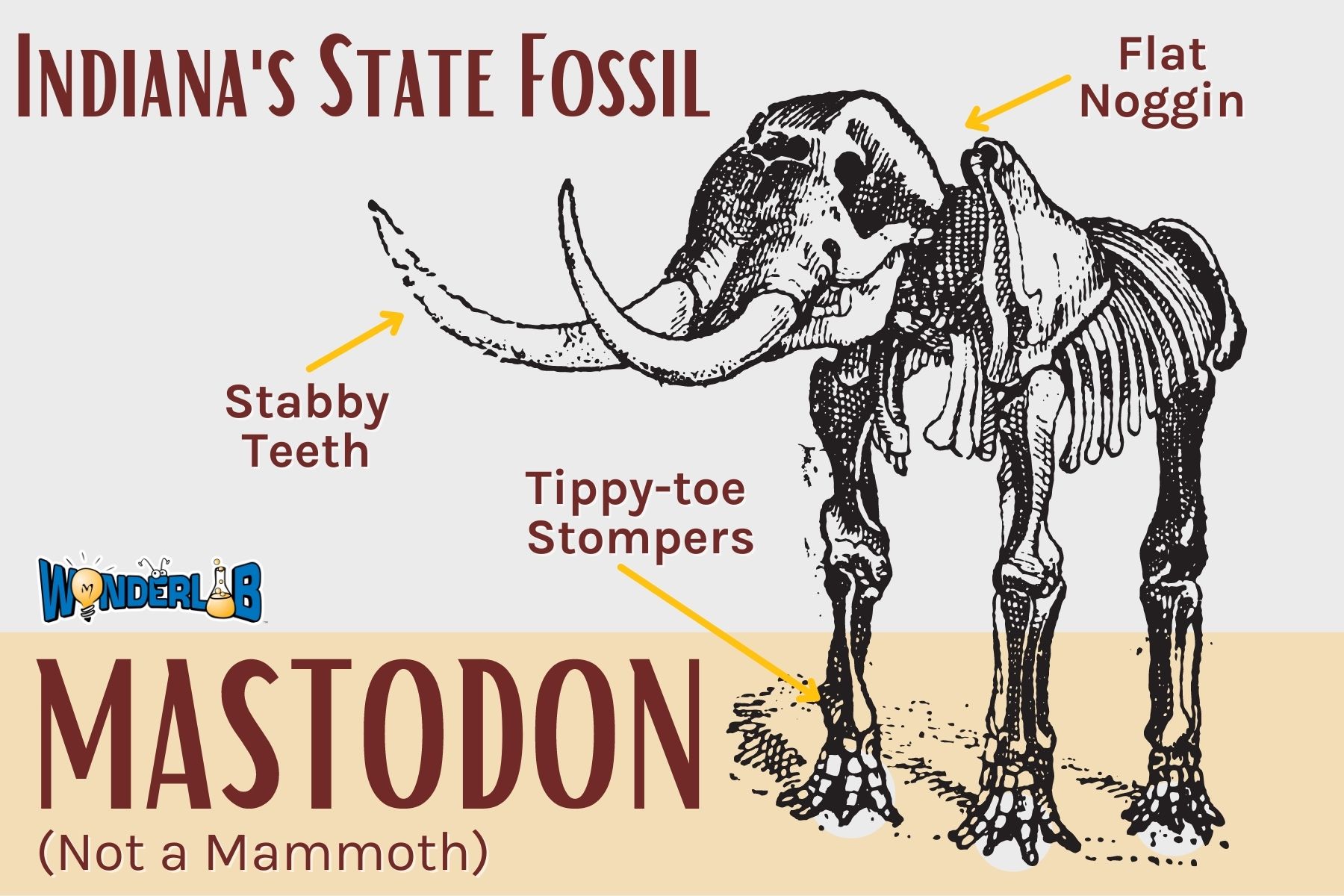 Just this year, the American Mastodon became Indiana’s official state fossil. Not to be confused with the Woolly Mammoth, the Mastodon was a large mammal that roamed the earth 23 to 2.6 million years ago. Although Woolly Mammoths, elephants, and Mastodons all look similar and share a common ancestry, the Mastodon diverged and evolved separately. The Mastodon has many defining characteristics involving its skull shape, tusks, and walking pattern. 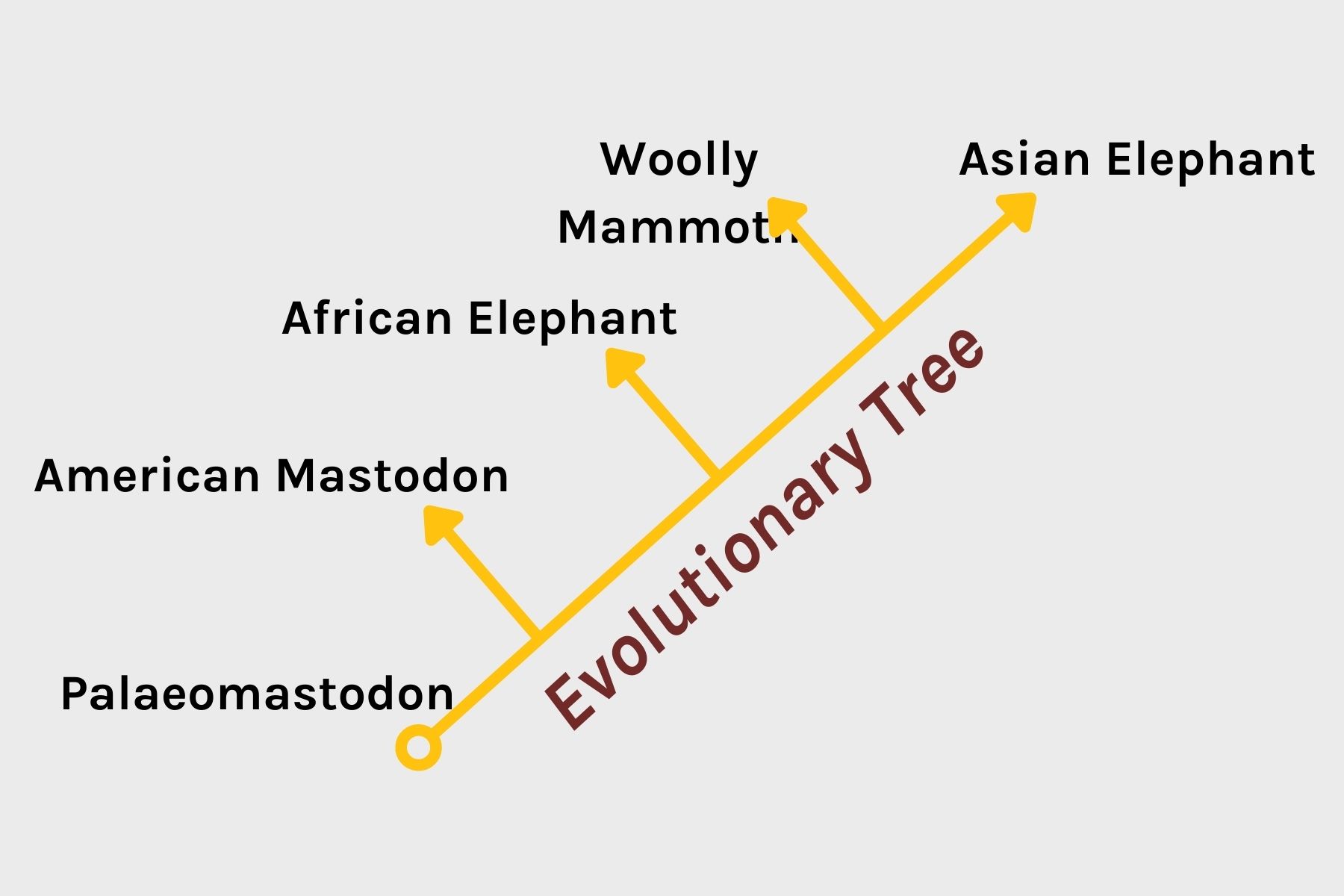 A Mastodon’s flat skull is a defining difference from close relatives in the Elephantidae family, Wolly Mammoths, and modern elephants. When observing Woolly Mammoth and elephant skulls, you will notice they are much higher and point at the top in comparison to the Mastodon’s low and flat head.

Inside of their skull is where it gets the most distinguishing. In addition to the top of their skulls being flat, the Mastodons are best known for their unique tooth structure. Unlike Woolly Mammoths and elephants who had flat teeth, the Mastodon had cone-shaped molars. This form of teeth allowed the Mastodon to grind up twigs and other vegetation, their primary food source. 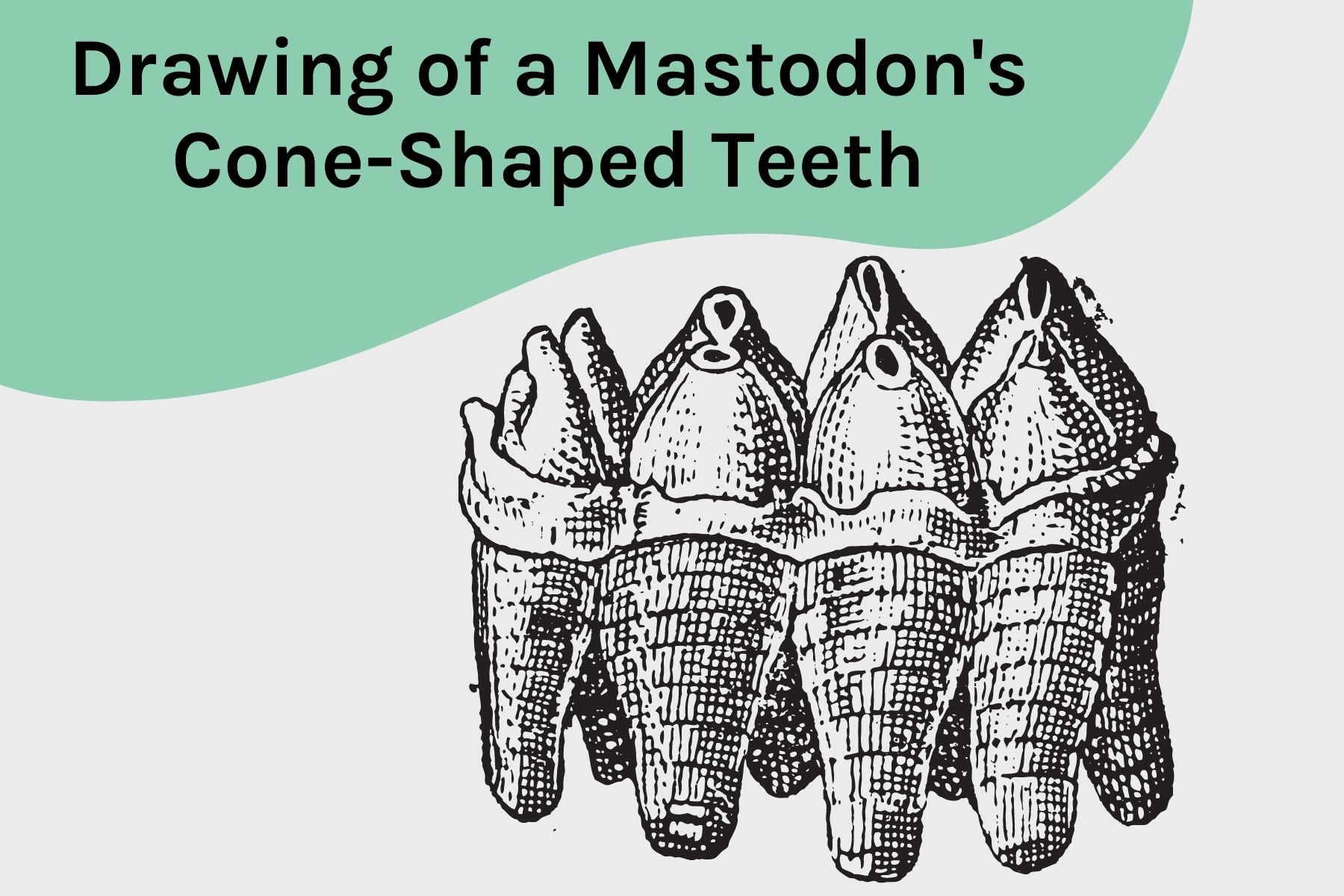 Speaking of teeth, one of the first things we notice about the Mastodon is their giant tusks. Tusks are a type of incisor tooth that evolved to grow externally to allow for a variety of behaviors such as digging, gathering food, and defending themselves from other animals. A Mastodon’s tusks are incredibly similar to modern elephants in both morphology and functionality. Both Mastodon and modern elephant tusks grow in a mostly straight, linear path. In contrast, a Woolly Mammoth’s tusks grow on a much steeper curve and may even overlap. 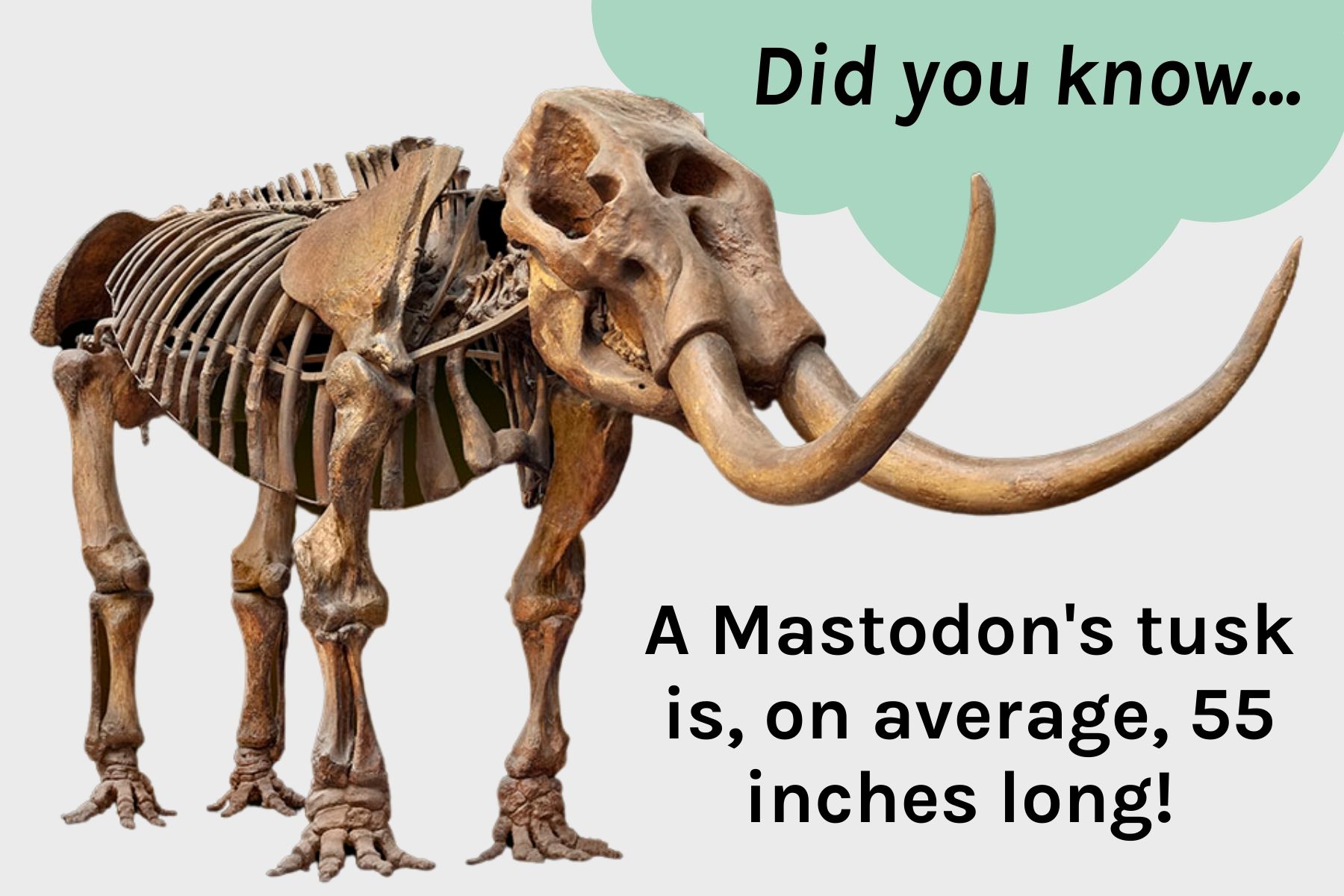 Scientists can use fossilized tusks of Mastodons to learn about how the animal lived. Because the tusks grow throughout their life, the cross-section of a tusk has rings similar to a tree. These rings allow scientists to determine the Mastodon’s age and growth cycles. The tusks also enable scientists to analyze the animal’s diet through chemicals contained in the rings.

Despite looking relatively flat, both Mastodons and modern elephants walk on their toes for the majority of their walking. Their toes are surrounded by a fatty connective tissue pad that gives the illusion they are with their feet entirely flat by filling out the space behind the toes. These fat pads also contain false toes that help to distribute their weight more evenly up their legs. Scientists believe elephants and their ancestors walked in this manner to distribute pressure in a way that prevents foot diseases as this behavior is seen in elephants of large body mass.

The Mastodon roamed the midwest long ago during the ice age period. It is a unique fossil to Indiana as bones have been found in nearly every county in the state. To view a Mastodon skeleton in person, visit our ASTC Passport Partnering Museum, the Indiana State Museum.

About the Author: Kaitlyn Burress is a Development Associate at WonderLab. From a young age, Kaitlyn has been interested in the little details of evolutionary biology. She is eager to share how the new Indiana State Fossil has an evolution through comparative anatomy.