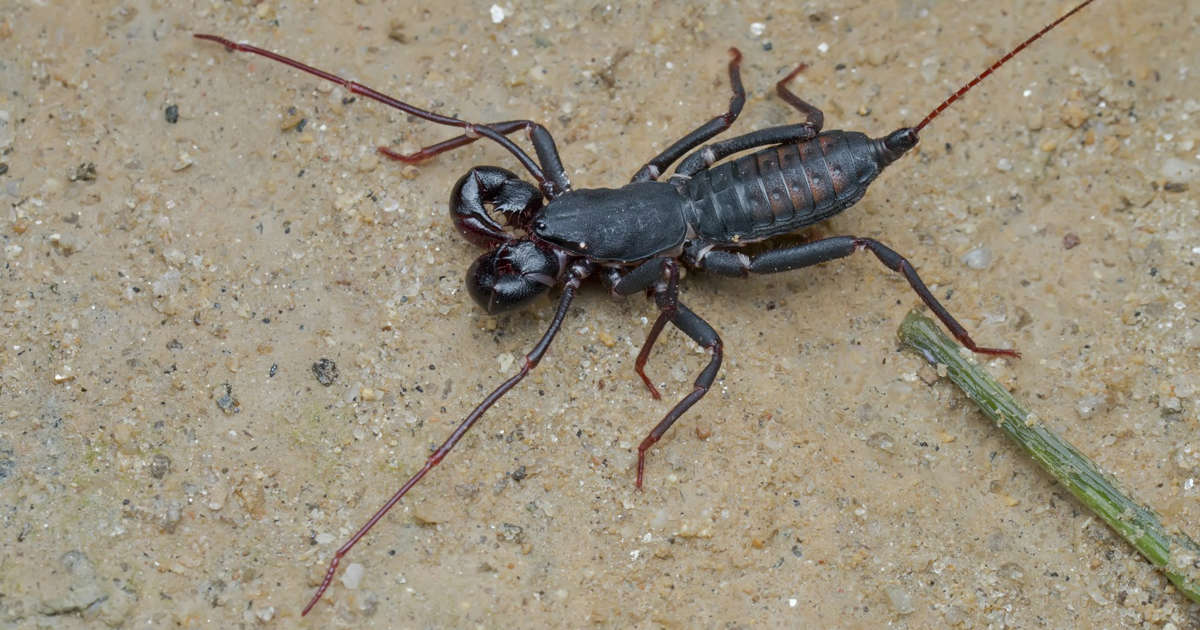 What is a Vinegaroon?

Similar to spiders, vinegaroons are nature’s pest control. They are carnivores; in the wild, their diet consists of slugs, worms, and insects such as crickets, termites, and cockroaches. Spiders and vinegaroons are essential to keeping these pest populations under control so that they do not overwhelm their ecosystems. At WonderLab, the vinegaroons’ diet is alternated between crickets and cockroaches. Giving the vinegaroons varying live prey to hunt in a secure area keeps them mentally stimulated.

WonderLab’s animal care team ensures the enrichment of these animals by rearranging the rocks and branches in the enclosure, switching up the substrate, and misting to simulate rain. When the vinegaroon’s environment is changed, it encourages them to move around and explore, dig new tunnels, and rediscover old things in new ways. The changing of the surroundings simulates an ever-changing natural environment.

Vinegaroons have a very complicated, multi-step, 12-13 hours long mating process that happens during the night in the fall season. The first step of the process can often be the last step as well, as many times the female does not want to accept the male’s advances, which leads to fighting. If the female accepts the male, then she will approach the male head first. The male will grasp the female’s front legs and pull her forward towards him. The female will then back up, and the process will repeat. This back-and-forth courtship lasts several hours. After a while, they will both turn the same direction and the male will release a spermatophore onto the ground, which holds the sperm, and the female will stand over it and pick it up to fertilize her eggs. 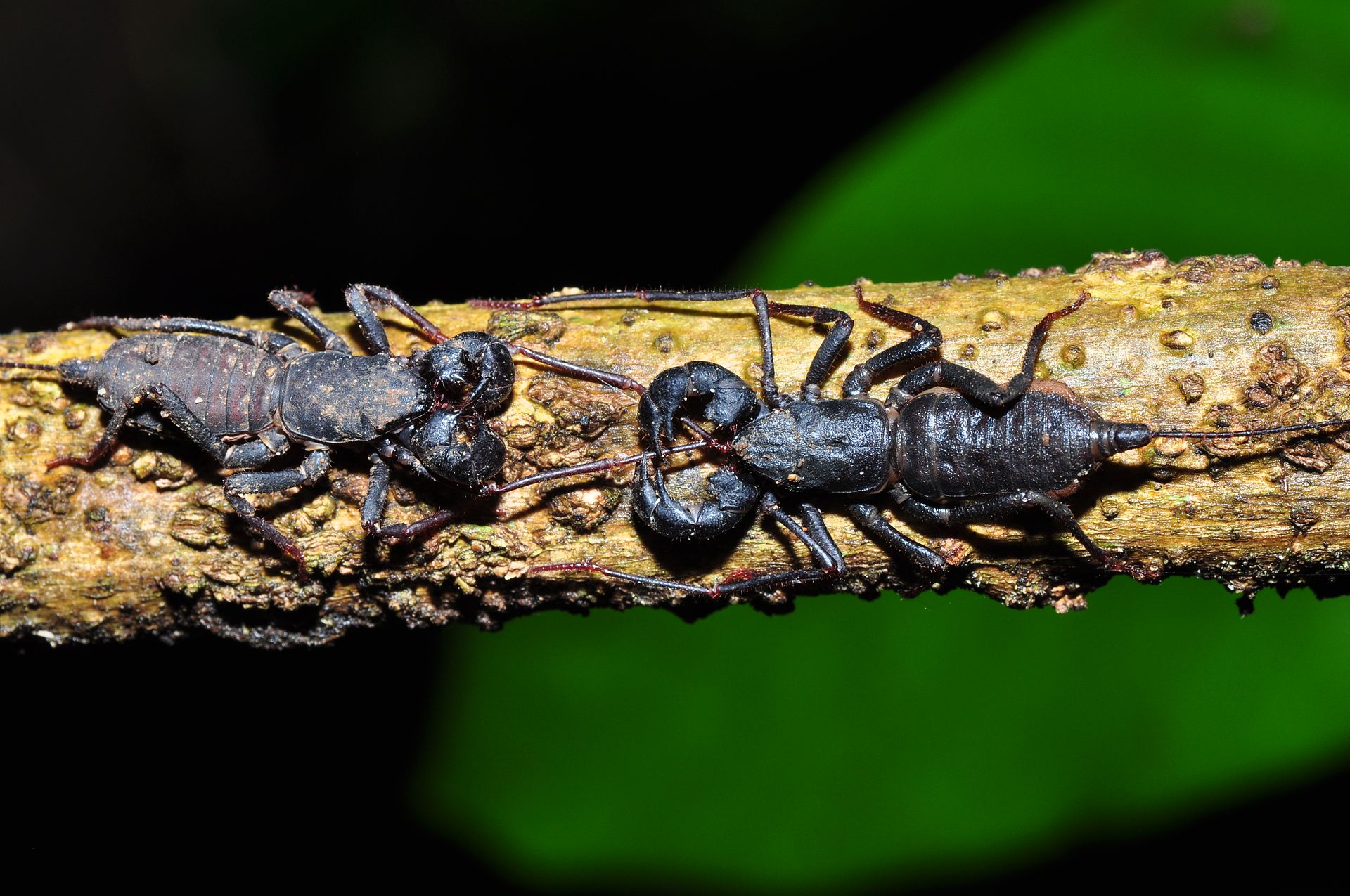 Female vinegaroons will carry fertilized eggs for a few months before they eventually lay a sac that is filled with 30-40 eggs. She will then carry the sac underneath her abdomen for months,  hiding in a burrow motionless thereby allowing the eggs to grow safely. The eggs will hatch and climb aboard mom’s back for about a month until after their first molt, after which she will die of exhaustion.

About the Author: Bridget Huck is a Development Intern at WonderLab. She grew up as the girl who was always outside catching bugs, garden snakes, frogs, and minnows (then releasing them later, of course.) She loves learning about how all the animals in an ecosystem are essential to its success, whether they be big, small, creepy, and/or crawly.